It can sometimes be tough to keep up with everything going on in Higher Education. Thankfully, we’ve collected Higher Ed news articles from some of the best sources around so that you never miss a beat. Here, you can stay up to date and find all of the Higher Ed news you’re looking for!

The ‘Student List’ Business Is Changing. Will That Make Student Recruitment Less Equitable?

By Eric Hoover The big, unregulated industry that helps colleges generate “leads” “is undergoing a radical transformation that threatens to cause a college-access crisis,” a new report says.
Source: Chronicle – Special Reports
Published on September 27, 2022
3 hours ago

Why Time Goes By Faster As We Age

The concept of time is astounding and exciting. Along with the three known spatial dimensions (length, breadth, and height), it is thought to be a fundamental quality of the universe that together make up what Einstein initially characterized as spacetime. In addition, Einstein demonstrated that time is relative and that gravity and acceleration cause it to slow down. Time is thus not a constant that exists everywhere in the cosmos but is relative
Source: The Edvocate
Published on September 27, 2022 By Matthew Lynch
3 hours ago

Most of us, as adults, tend to downplay the influence that our birth families, or the “family of origin,” as therapists refer to them, have on our everyday decisions and lives. But in reality, the family you were born into and reared you still impacts your adult emotions, behaviors, and decisions. The term “the good enough mother” was initially used by D.W. Winnicott in his ground-breaking book Playing and Reality in 1953.
Source: The Edvocate
Published on September 27, 2022 By Matthew Lynch
3 hours ago

Self-Harm: Everything You Need to Know

Self-mutilation, often known as self-harm, is the purposeful infliction of physical suffering on oneself. Self-harm may also refer to internal or emotional damage, such as drinking toxic quantities of alcohol or drugs or purposefully engaging in unsafe sex. External self-harm, such as cutting, burning, scratching, and other types of injury, is often referred to as self-harm. The Causes of Self-Harm in People Self-injurers may believe that doing so allows them to
Source: The Edvocate
Published on September 27, 2022 By Matthew Lynch
3 hours ago

Anxiety is both a mental and bodily condition of unfavorable anticipation. Physically, it is defined by uncomfortable activation of several physiological systems, and mentally, it is marked by elevated arousal and fear twisted into excruciating worry—all to assist reaction to an unknown threat, whether real or imagined. The physical sensations of jitteriness, a racing heart, and the cognitive thoughts of dread in expectation of some negative consequence are intended to cause discomfort. Anxiety is
Source: The Edvocate
Published on September 27, 2022 By Matthew Lynch
3 hours ago

Perception Is Not Reality

Perception is reality is a phrase we often hear in the workplace, politics, relationships, and anywhere there is a dispute or conflict. This adage is often employed to support a perspective that is either blatantly unrealistic or objectively unreasonable. It is used to bully others into embracing someone’s chosen version of reality. From a philosophical standpoint, this proverb produces a sense of relativism in more likely absolute situations (think “the world is flat”).
Source: The Edvocate
Published on September 27, 2022 By Matthew Lynch
3 hours ago

By Francie Diep “It remains more of an open question than those of us who are academics would like it to be,” one expert said.
Source: Chronicle – Special Reports
Published on September 27, 2022
6 hours ago

‘It’s Making Us Accomplices’: A University Tells Faculty to ‘Remain Neutral’ on Abortion Discussions in Class

By Nell Gluckman University of Idaho faculty members are concerned about restrictive guidance they received from their university telling them what they can and cannot say about abortion.
Source: Chronicle – Special Reports
Published on September 27, 2022
6 hours ago

Higher Ed’s Hiring Crunch Was Already Bad. It Got Worse Over the Summer.

By Megan ZahneisThe pandemic and its aftermath have "created a tsunami of hiring and retention challenges," according to a recent Chronicle survey.
Source: Chronicle – Special Reports
Published on September 26, 2022
12 hours ago

My father, Malcolm Skilbeck, who has died aged 89, had a distinguished international career in education. Passionate about the transformative potential of learning, he was disappointed in the reductive testing regimes that have overtaken schooling, but remained hopeful for the possibility of progressive change.He was an early, intuitive environmentalist, and supported himself as a student at the University of Sydney by working in a plant nursery. He walked these parallel
Source: The Guardian Higher Education Network
Published on September 26, 2022 By Lucy Skilbeck
12 hours ago
Go to Page:Next »

Register Now for this year's Innovation Forum: Learning to See Around Corners: Understanding and Using Foresight To… t.co/A0Mg5o0ZIR

Opinion | The paucity of data on leaders with disabilities suggests that few people are even thinking about this cr… t.co/f77gcvBFPY 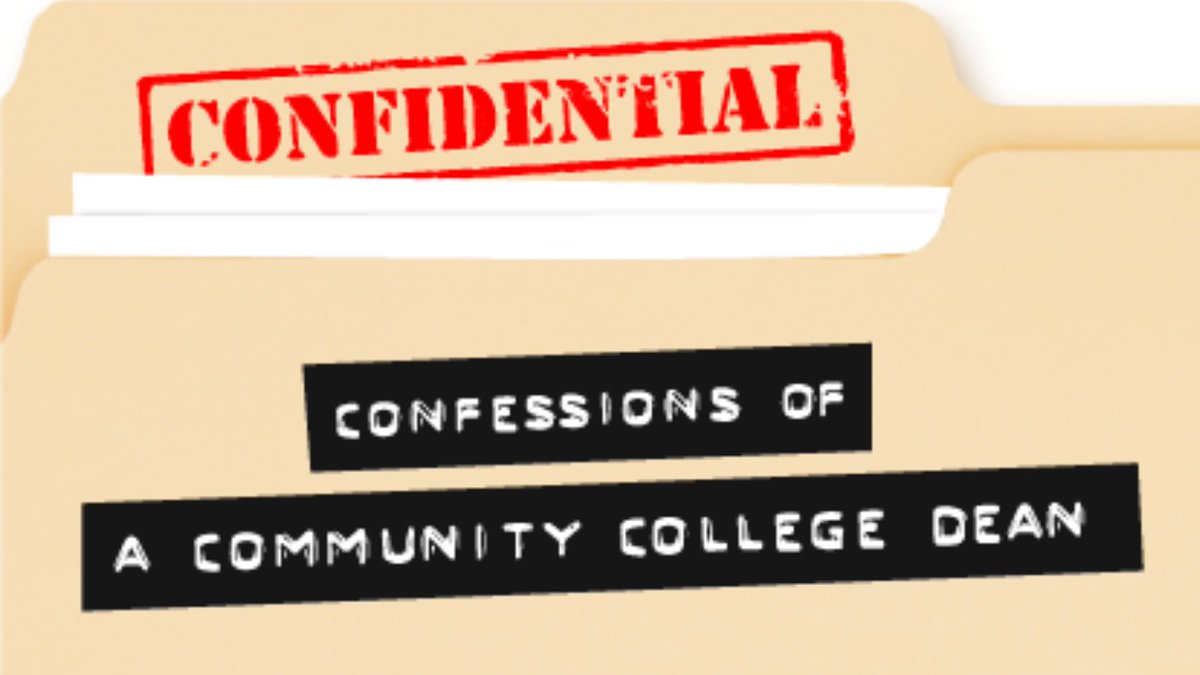 Join us for a free #EDUCAUSEDemoDay on 9/27 where you’ll learn about innovative customer relationship management (C… t.co/HkiOIm9YaL

The state of Florida, in responding to a lawsuit, asserted that it has near total control of the curriculum at publ… t.co/S54lwCvbJy

What makes you feel in control of your professional and personal happiness? t.co/IkvqQQv6Yw

Major Initiatives for LTS During the Next Couple of Years t.co/bUIrwKdUUi 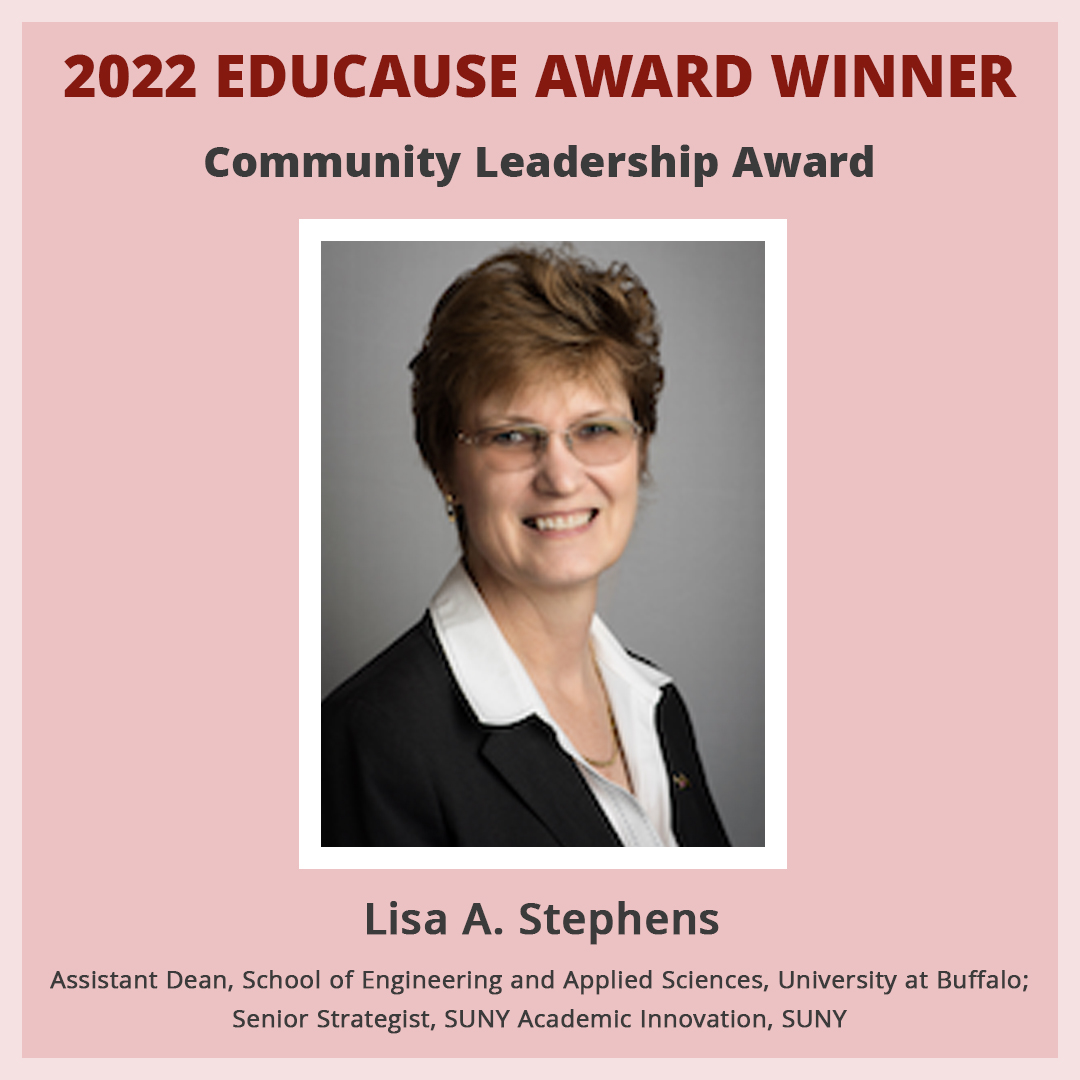 Congrats to these #PeopleOnTheMove in #k12 #education & #edtech: @TheJimYang at @ParentSquare, and at @Newsela, new… t.co/9s2sXUqxR8

No matter what you're looking to learn about in higher education IT, the 2022 EDUCAUSE Annual Conference has it cov… t.co/qOkd87SVy0

[email protected]_State professor was charged Wednesday with stalking a female faculty member and using his cellphone to see u… t.co/7ZKEHTSQjV

Current technology leaders must create pathways and cultivate opportunities to attract and retain the next generati… t.co/A73oTroZEf

[email protected]'s transgender health clinic isn't the first to be targeted by right-wing media. The same tactics have… t.co/EMb0BhctN1 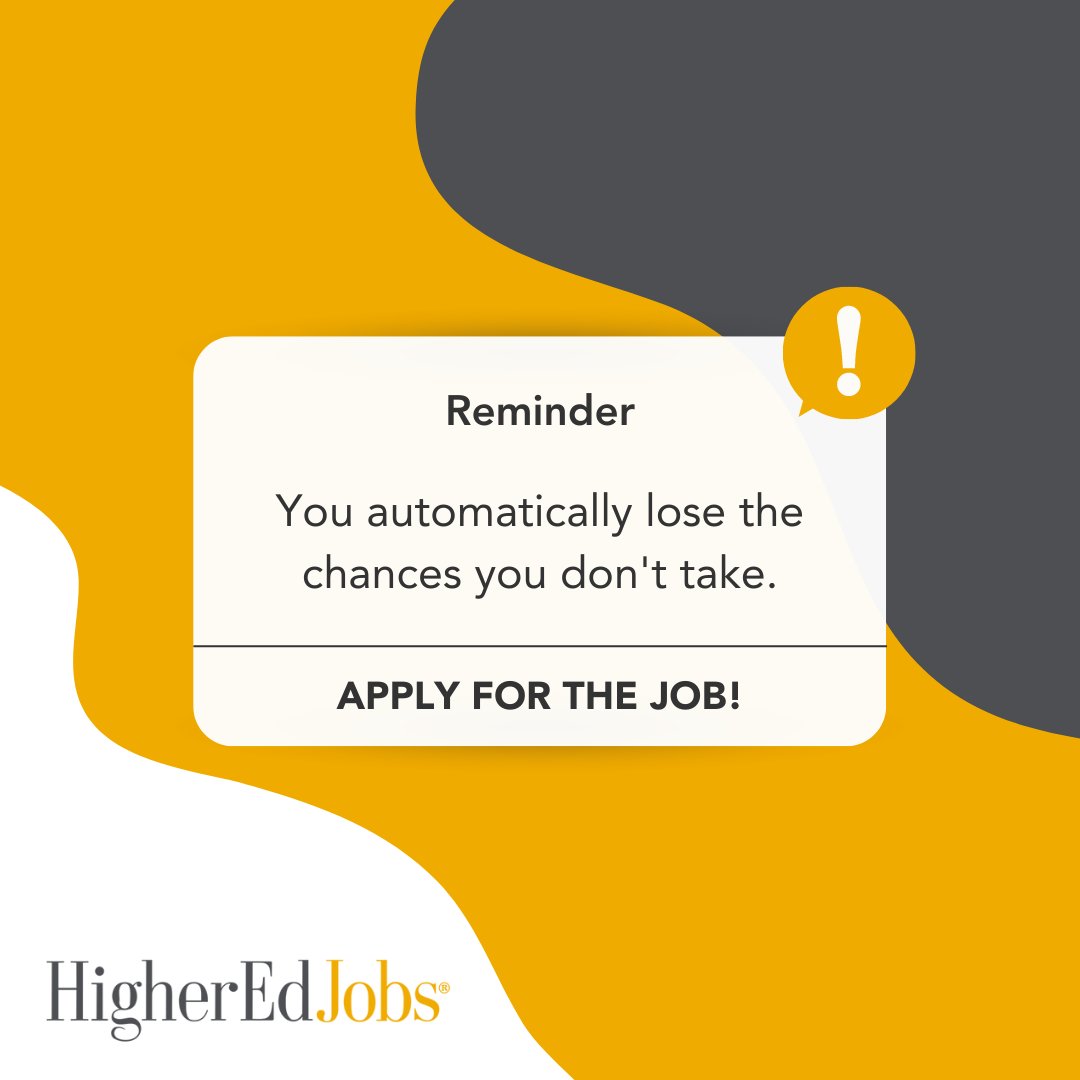 New approaches to course design, whether face-to-face, hybrid, or online, are challenging colleges and universities… t.co/aZJpBP3LAq

Faculty members back a K-12 teacher who distributed a list of terms about race and gender to high school students.… t.co/Zs3JWbEwAS

At NACAC meeting, educators share tips for how colleges can land a diverse student body. And others caution about w… t.co/AqgCvJ76vk

#CareerAdvice | You will miss out on a great opportunity if you pass up the chance to be involved with such a group… t.co/0qPwAFmoQg 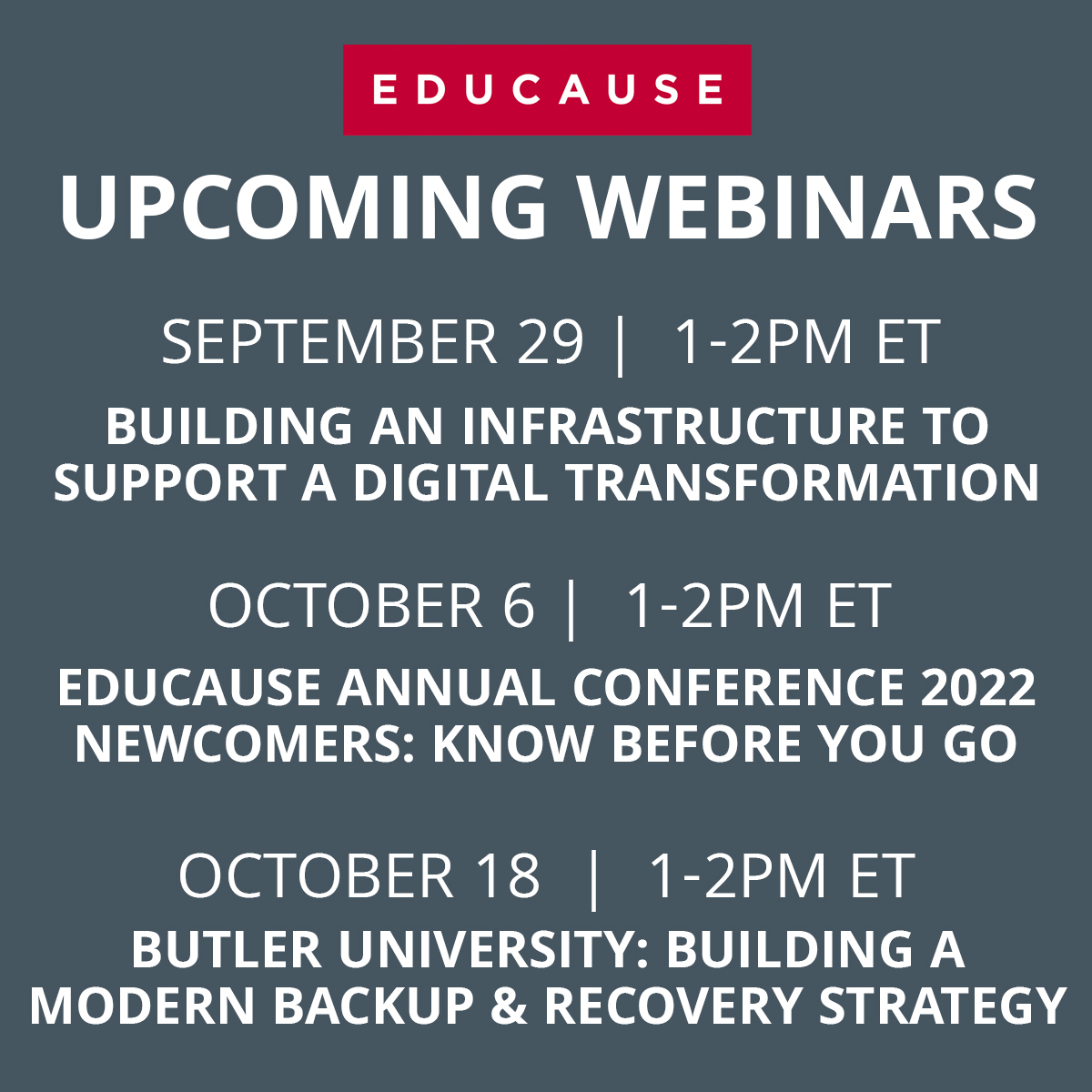 Happy Monday @TechAtMSU! Well, it feels like Fall in the Greater Lansing Area. Who's looking forward to the Fall colors?

Discounts, banking and budgeting: managing your finances at uni t.co/q73lnUvWOO

Offering devices to #HigherEd students @MotlowState is giving them the tools and education they need to enter a rap… t.co/tPnAqGbRPk

The Discount Data That Some Colleges Won’t Publish t.co/V1U90eiw0x

Millennials Want to Retire at 50. How to Afford It Is Another Matter. t.co/1KuwmaUP1V

Determining user needs and permissions is a key step in deploying cloud-based #telephony in #HigherEd. Learn more a… t.co/z606dd7ICp 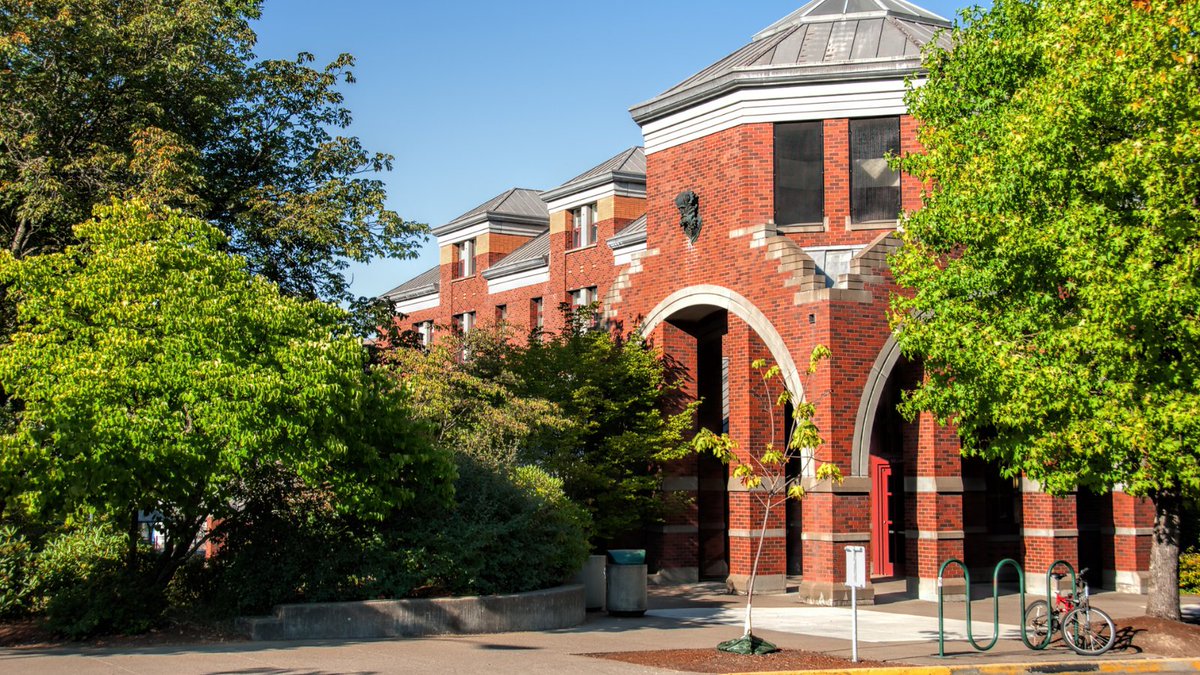 #Cricket Today, Indian Women beat England Women in a thrilling match. England put up a fierce fight at the end to b… t.co/C8A0Ubiue3

#ICYMI Colleges whose leaders make the effort to combine service-oriented departments into one center tend to provi… t.co/3C63isphnp

The team @AmplifiedIT recommends an audit of your @GoogleForEdu tools every two years. Here’s why: t.co/oR5oJNac81

🖋️AUTHOR IN RESIDENCE📘 Special thanks to José Antonio Bowen! Read more about José, his series of blog posts for HE… t.co/zDou43sphh